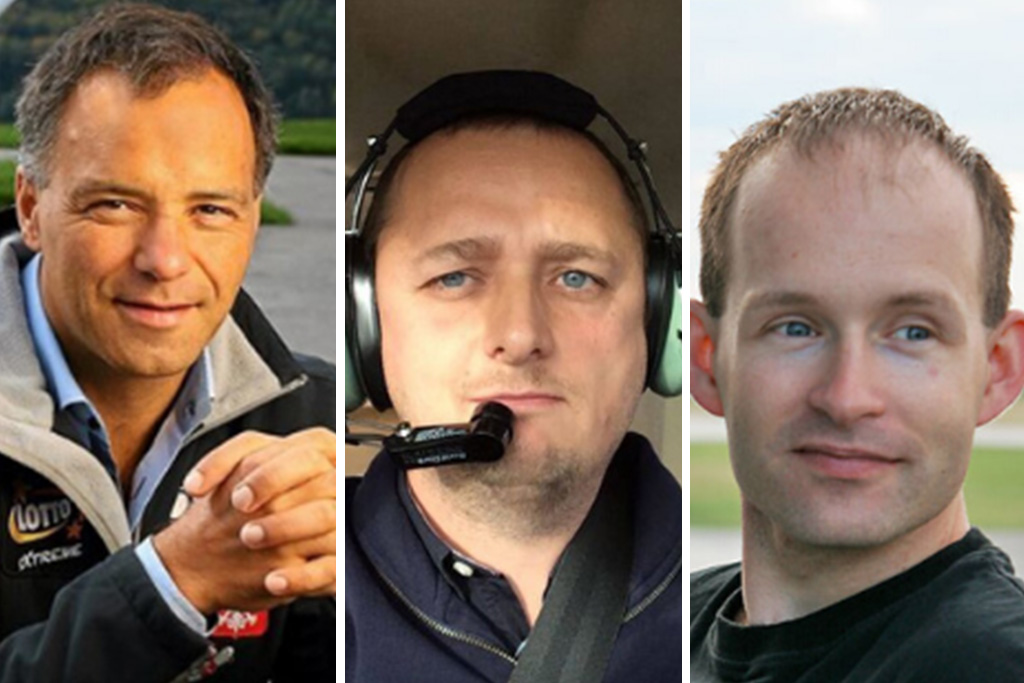 Aviation is the leitmotif of PLNOG24, so we invited pilots to our stage!

Among the PLNOG24 speakers there will be both - professional pilots and those for whom flying is one of many passions. Thanks to their stories, they will show how closely related is telecommunications to air transport and how much IT can learn from pilots!

There is no other person in the world history of gliding who can boast of more titles. His medals collection consists of: 17 gold, 2 silver and 3 bronze medals of the world championships, 1 bronze and 2 gold medals of the World Aviation Games and 7 European championship titles. Each of these medals is a struggle with rivals, forces of nature and their own weaknesses. Sebastian Kawa has been flying gliders since 1988. A doctor by profession, privately husband and father of two daughters.

Title: "Between the peaks and the sky - gliding sport."

Gliding competition arenas are natural and inaccessible areas of the most beautiful mountains in the world. Flying in such places with the use of energy in the form of air currents and without an engine is not easy, it requires mastering many skills and extensive knowledge, but allows you to visit places untouched by human foot. Sebastian Kawa will tell during PLNOG24 about the strength of competition, challenges facing flying into the unknown and decision making under pressure. You will find that the IT industry and aviation have a lot in common!

Our second speaker proves that network engineers feel well not only in the basements, but also much, much higher … ;) Łukasz Trąbiński works in the telecommunications industry and at the same time is a pilot with a tourist license and during the process of applying for a commercial license. Therefore, the topic of his lecture will probably not surprise anyone:

Title: Why an Internet pilot?

During this presentation you will learn how the internet is currently used by aircraft pilots. You will see, step by step, a flight plan from point A to point B.

You will learn about publicly available websites:

- to check the weather on the planned route,

What's more - we will try to plan a flight online (live demo)!

Sooo… Where are we going then?

A third representative of air navigation will be a member of the Polish Air Navigation Services Agency and an air traffic instructor, who has been working at Katowice airport for 15 years - Wojciech Ścigała.

He started with BBS and beater nets, but later the aviation bug permanently attracted him to this industry. Interests in technology and engineering remained as a hobby. Glider pilot, amateur radio, penguin and skiing lover.

Title: Why is the plane flying?

During the presentation we will learn not only about the processes and course of data flow between various authorities on the ground (flight control and more broadly), but also about the procedures that must happen many weeks before the planned flight. We will also learn about the structure of air traffic organization and the rules that govern it!